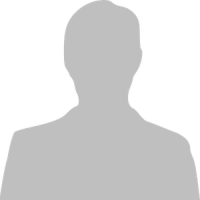 Rejane Spitz
Rejane Spitz is an Associate Professor and the Head of the Department of Art & Design at PUC-Rio University, Brazil. She was a Post-Doctoral researcher at CADRE-Laboratory for New Media /San Jose State University (California, USA) in 2003, and a Visiting Scholar at the University of California at Berkeley's Space Sciences Lab in 2002. She has a Ph.D. in Education from PUC-RIO (1993), a M. Arts in Graphic Design (1983) from the Central School of Art & Design (London, UK), a Certificate in Advanced Typographic Design (1982) from the London College of Printing (UK), a B.Arts in Industrial Design (1979) and a B.Arts in Visual Communication (1979) from PUC-RIO. Spitz also coordinates the Electronic Arts Unit, an experimental research laboratory working with art and technology at PUC-Rio, Brazil. She has been working with computers in the Arts since 1983. Her works have been exhibited in Argentina, Australia, Brazil, Canada, Chile, England, Finland, France, Spain, United States and Uruguay. Rejane has been also working as a curator of exhibitions on Electronic Art, and has written extensively on social and cultural issues related to the use of computers in developing nations. She is on the International Advisory Committee of ISEA, and on the Advisory Board of The Digital Art Museum (DAM). She is also on the LEONARDO / ISAST's Editorial Board (since 1993) , Advisory Board (since 2003) and she currently is member of the Project Team and Steering Committee of the LEONARDO / ISAST's Global Crossings project. Spitz has been the South American Representative of SIGGRAPH Education Committee since 1991, and has been recently nominated the SIGGRAPH 2005 International Resources Chair.
http://www.dad.puc-rio.br/nae/fome/br/index.html