“Following the Notion of ‘Interior Sea’ to (Re)present the South-American Extent”. 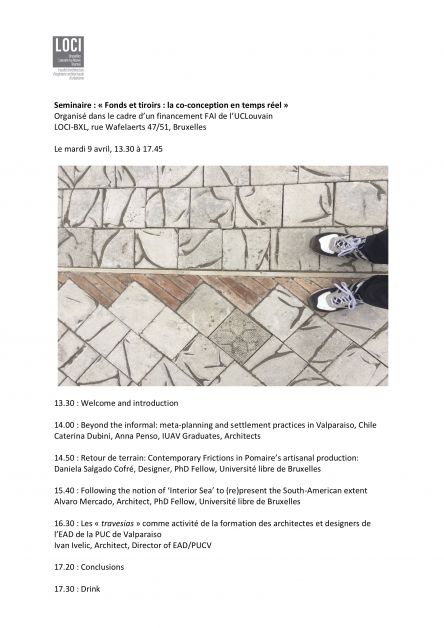 For more than five decades, the Valparaíso School has endeavored to develop a pedagogy and research in architecture based on the experience of building speculative works of architecture, away from traditional methods of research and theoretical production. This commitment for the Work has been materialized in projects such as the Open City and the Travesías of Amereida. However, and almost contradictory, this attitude towards architecture is based on a geo-poetic vision of the South American continent created by this School in the mid-sixties, which is postulated as a fundamental element in the development of architecture projects. This geo-poetic vision emerged from the Travesía of Amereida in 1965, a wandering trip through the interior lands of South America, seeking to ‘unveil’ them through poetry and art in action, inquiring into the question of ‘being American’ and its correlation with the inhabited (and uninhabited) territory of the continent. From this original experience, the Thesis of the Interior Sea (1971) is formulated, taking the geo-poetic vision to the field of architecture and urbanism, and establishing a position facing the geopolitics of the seventies, particularly with the visions on the development of the South American region towards the Asia Pacific front. Nevertheless, for the School, this vision must be linked to the practice of architecture. For this reason, in 1984 the Travesías were incorporated as direct pedagogical experience in the territory, whose main objective is to ‘unveil’ the South American extension through different design practices that seek to link the continental scale with the architectural work in one single project. This presentation aims to show the analysis of archival documents, which seeks to trace and decode the origin of the geo-poetic notion of the ‘Interior Sea’ and its transcription in the modes of re-presentation developed from the Travesías of Amereida.